We will be having a Silent Auction for Conor Curbello.
(Long time member and recently graduated Senior)
Donations accepted.  All Proceeds to help with medical bills.

Stalls are NOT mandatory, you may set up your own pens but NO tying to trailers overnight.

If you are hooking up you will not be able to have portable pens next to your rig.

Dry Camping Park/Camp in designated parking/camping areas only.
There will be a $10.00 dry camp per night/per rig fee.
There will be a check-in point for all rigs, map attached.
You must keep your camp/parking area clean. Poop happens, when it does clean it up! There will be dumpster’s located through-out the dry camp area for your use as-well.
Please do not plug into electrical outlets.

Dry-camping will not be allowed in fenced in Barn Area and Rodeo Arena Area!!!

Plug Ins – Limited SpacesNavajo County Fair has 15 Spots available.
After reserving it will be first come/first serve and we will not hold spots. Once all spaces are reserved we will message you if you don’t get a space. Spaces are $25/night and you can reserve by same process as the stalls.
Please note hook ups are not close to the stalls and if you hook up you may not tie your horses to your rig due to space restrictions.

10:00 AM – HIGH SCHOOL Shooting Check-in with Safety Briefing  Be ready to fire 1st shots at 10:30AM
High School Rifle will shoot 1st, then Jr High Rifle   (Jr High – be at Range by 11:30 for your check -in and safety briefing)
HS Trap will shoot after HS Rifle

*September 25th
7:00 AM – Contestant Check in
Student  Officers and  Queen will be laminating Back Number for $3.

8:30 AM –  Mandatory Contestant Meeting – Grandstands
As soon as the Madatory Meeting is completed, Rough Stock contestants – Meet behind Chutes for equipment check

30 minutes after Mandatory Meeting Rodeo will start in both arenas 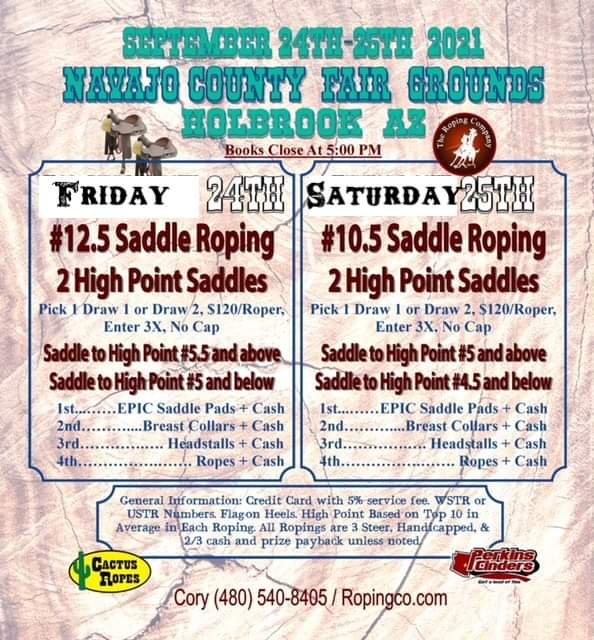 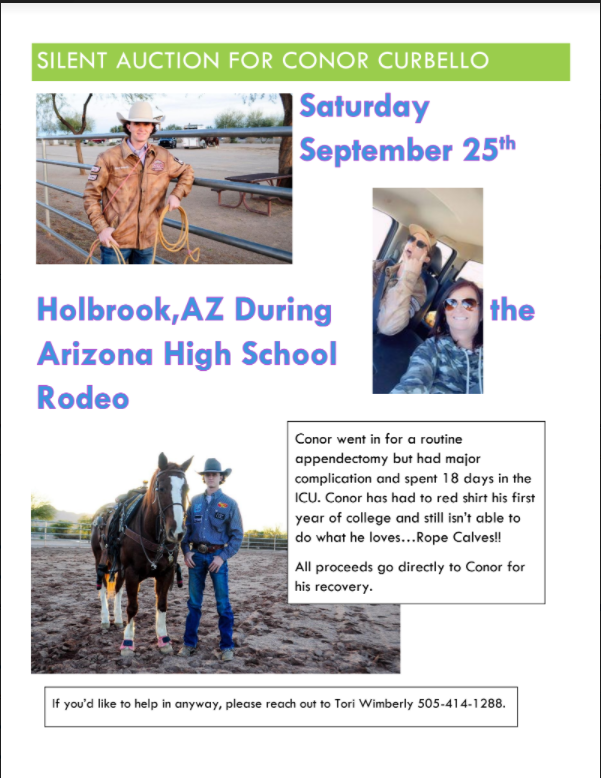 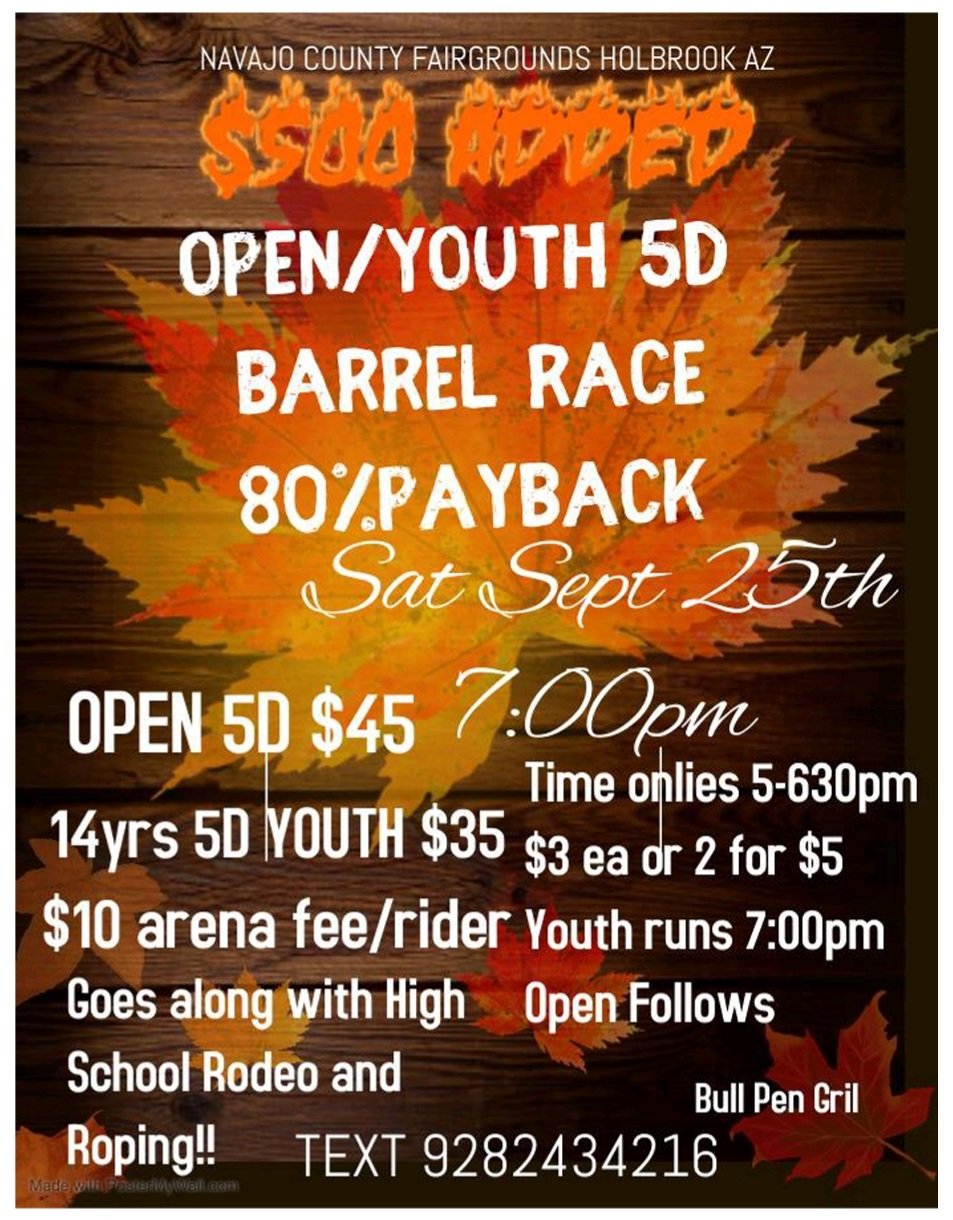 To ALL OUR CUSTOMERS who we VALUE, we would not be DHS without you!

As of 8/24/2021 There will be NO MORE CHARGING at the STORE or in the TRAILERS without a CURRENT CREDIT CARD ON FILE to charge when the event or day is over.

In the past we have let our customers charge, but we are carrying too much money on the books and not enough manpower to take care of this. So, from this date forward, YOU MUST HAVE A CURRENT CARD ON FILE.

Please call Corky at the store if you have any questions or problems with this as we are willing to listen and help however we can.

We appreciate all of you and want to thank you for shopping with DHS!

For all NHSRA sanctioned events:
▪ Illegal/Inappropriate Signage: No person, animal, tack or equipment can display any form of signage while on grounds during any NHSRA sanctioned event promoting alcohol, tobacco, marijuana, vaping or any other product or service which is illegal for a minor to use or be in possession of.
▪ Exclusivity: any advertisement competing with NHSRA exclusive sponsors cannot be used. The exclusive sponsors are in the following categories: Jeans & Shirts (Cinch) and Boots (Corral).

For all NHSRA State/ Provincial/ National Finals and any televised or livestreamed events:
▪ National Sponsors Advertising: All NHSRA National Sponsors can have any type of garment, vest, hat, tack or helmet advertising in any size, including stick-on, sew-on or embroidered patches.
▪ Non- National Sponsor Advertising in the arena and at awards presentation areas:
– Non-sponsor advertising may not be larger than a 2.5”X3.5” area. This includes garments, hats, protective vests, helmets and tack. There will be no stick-on or sew-on patches for non-national sponsor advertising.
– Garments, protective vests, hats: advertising must be embroidered into the fabric.
– Advertising on tack must be permanently carved or pressed into the item and meet the same size requirements. A saddle may have a larger sponsor area but must be pressed or carved into the area. A saddle pad may have the standard branding on the wear leather.
– Protective helmets: no non-sponsor advertising on helmets.
– No more than one non-sponsor embroidered area per garment per sponsor.

Penalty for violating these policies will be disqualification from this event. The NHSRA will not be responsible for covering or taping unauthorized advertising.

Don’t see what you are looking for? Needing to read an older post? Please scroll to end and select “Older Entries”. The most recent and most relevant show up first. All posts are there just not displayed on this page

END_OF_DOCUMENT_TOKEN_TO_BE_REPLACED

Annual Board of Directors Meeting

END_OF_DOCUMENT_TOKEN_TO_BE_REPLACED

January 5, 2020 To: All AHSRA/AJHSRA contestants and families RE: Camp Verde Rodeo - January 9, 2021 We hope this letter finds you and your family healthy in the new year. It is the mission of our organization to provide kids an opportunity to be competitive student...

END_OF_DOCUMENT_TOKEN_TO_BE_REPLACED

Entries for the January 9/10, 2021 Rodeo at CAMP VERDE are open.  *Please take note that the January Rodeo is in CAMP VERDE, not Tucson as originally scheduled.  Entries will close Wednesday, December 30th at 11:00 PM Arizona time.Link for...

How to get communications from AHSRA

On the Schedule page, scroll to bottom of calendar, click on Add Google Calendar

These are short, quick, informative messages used heavily on Rodeo weekends and in between for quick information. You do not need the App to get the information. It will be sent to you as a text message once you signup.
We are limited to 150 people per class, so we are monitoring this closely and moving people around as needed to keep us under the 150 per class.     Please rest assured that everyone is receiving the same messages.

Please let us know if you have any questions.